A spread sheet consists of a series of row and columns

Each column is named with an uppercase letter starting with A

An intersection of a row and column is called a cell, the cell is given its name or address from the letter of column and the number of the row that the intersection occurs 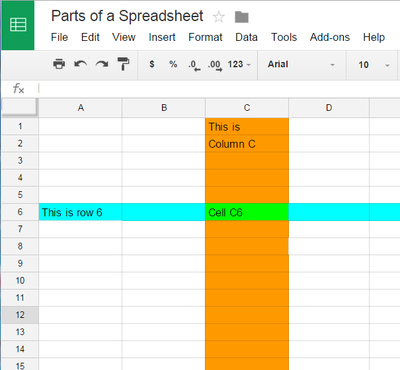 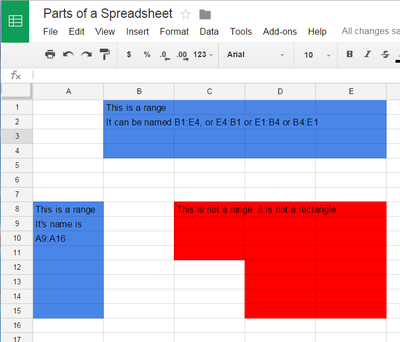 A number is a value that can be operated on by any mathematical operators ( addition, subtraction, division, multiplication etc.)
In a spreadsheet, numbers can be formatted as
TIP: Always use the format commands in a spreadsheet to add formatting to your numbers. Avoid typing in the dollar signs, percent signs etc. You will avoid some potential problems with some of your data entry.

A literal is a string, a collection of letters numbers and special characters.
Normally strings are not operated on by mathematical operators
Strings however do have their own set of operators and functions that can operate on them.

The first character of a formula is the equal sign = followed by any number of operators, functions and cell address.

A function is built in to the spreadsheet.
Spreadsheet applications have numeric functions that include:
Spreadsheets have functions the operate on strings also, including: